It’s the year of Peace, Love, Music, the 50th anniversary of the Stonewall Uprising AND  the 40th anniversary of Hetrick-Martin Institute; the nation’s largest and very first LGBTQ Youth Services organization and they are coming to teach us how to Vogue!

All to benefit organizations that support  LGBTQ and homeless youth.

4:00-6:00: Get Ready for the party with a Vogue Dance workshop presented by Hetrick Martin Institute – They will perform at the party – you might too! Details here

6:00-7:00: Dress to impress and get a new look at our wig & make- up tables or take a break and nourish yourself at one of our local restaurants Nardi’s/ Pickled Owl

Patrice Pike will light you on fire. With nothing more than her guitar and her musical partner in crime “She’s a rock singer with a soulful heart and one foot in the blues, the other in jazz.”
– Chicago Sun-Times

ABOUT THE ARTISTS AND PARTNER ORGANISATIONS

A 3 year resident performer and producer at the nationally renowned Brooklyn nightclub, House of Yes, Pixel Witch is a drag performance artist who creates diverse entertainment through feats of circus, dance, and burlesque. She hula hoops, vogues and a broad arsenal of razzle dazzle. She has worked with Susanne Bartsch, Perrier, Electric Forest, Bonnaroo, Lola Star / Dreamland Roller Disco, LUST, and many other high caliber forces of entertainment and art. It is her strangely integrated love of musical theater, internet memes, and pop music that inspires her to become the shapeshifting faerie princess of your dreams!

Nate & Hila (formerly Killin H8) are an duo of emcees / performance artists who combine hip-hop, comedy and philosophy to advance social consciousness. Their main areas of focus are Ecology and Sex Positivity — they invite you to think, laugh, and booty-shake your way into actively loving your planet, and your self. They are based in New York City, where they perform regularly at the House of Yes and Caveat.

Sacha Yanow  is a NYC-based performance artist and actor. Her work has been presented by many venues including Danspace Project, Joe’s Pub and the New Museum in NYC; PICA’s TBA Festival/Cooley Gallery at Reed College in Portland, OR; Pieter in Los Angeles; The Lab in San Francisco; and Festival Theaterformen in Hanover, Germany. She has received residency support from Baryshnikov Arts Center, Center for Performance Research, Denniston Hill, Lower Manhattan Cultural Council, SOMA Mexico City, and Yaddo.  She is a member of the Dyke Division of Theatre of a Two-Headed Calf, (creators of Room for Cream – the live lesbian soap opera), and currently serves as Advisor  at Art Matters Foundation after being the Director for 12 years. www.sachayanow.com

Patrice Pike burst on to the music scene as the co-founder and electric front woman for the seminal Austin jam band Sister Seven. She wrote and sang top 10 Billboard hit “Know What You Mean”.

– Rolling Stone Magazine called her “Tina Turner, Bessie Smith, Janis Joplin, and Robert Plant all rolled up into a tiny but explosive package.”

Over the past decade she has independently released 6 acclaimed solo records, showcasing her socially astute, literate lyrics alongside her powerful vocals. She has toured relentlessly, both in the U.S. and overseas, building an impressive grassroots fan base. In 2007 she became the youngest member of the Austin/Texas Music Hall of Fame, inducted alongside Lucinda Williams. Her new project Pike and Sutton are releasing their new record Heart is a Compass in 2019.

Singer/Songwriter/Guitarist/Actor/Bon Vivant Mike Messer is a popular staple in the worlds of both NYC singer/songwriters and independent kids (“Kindie”) music. With his bands “The Dirty Sock Funtime Band”, “The AfterSchool Special” and “Adoraborialis” he’s toured all over the world and appeared on HBO, CBS, MTV, Nickelodeon, Noggin, and SESAME STREET. He’s shared the stage with Darlene Love, Simon Townsend and the late great rock and soul legend Billy Preston and starred in the first production of the love rock musical HAIR to Beirut, Lebanon. He self produces his own music In his Harlem studio “Electric LennyLabs”, where he also composes and performs soundtracks, jingles and voice overs for the New York Times, Bank of Boston, Popsicle and education.com. Most recently, he produced the charity record “Broadway Babysitters’ Broadway Lullabys” which featured his own song “Bush Baby” as well as performances from Broadway superstars. Mike’s singing voice can be heard TV’s SEX, DRUGS & ROCK N ROLL, WONDER PETS, SING IT, LAURIE and in the theme song of the international smash animated series SUPER WINGS. See more at www.mikemessermusic.com

Since 1991, Patrice Pike, the Dallas-raised rock star has used her position to publicly advocate for homeless and LGBT Americans. Pike founded the Step Onward Foundation, a nonprofit for survivors of homelessness. “The Step Onward Foundation was originally named the Grace Foundation after our first recipient, Eliza Grace. She was a young adult survivor of homelessness that I met out on the road. She became my pen pal, and I found out she had a serious heart condition and had survived an incredibly difficult journey as a domestic minor of sex trafficking. I also left home as a teenager, and I was inspired by her because I knew that her survival was nothing short of amazing. I had dinner with one of my best friends and we decided to have a concert to raise $10,000 to help her with her medical bills. We ended up raising $40,000 that night, so we knew we could help more people. We partnered with other organizations to find others in need who were like Eliza. We helped her with her health issues and helped her become independent in the ways that she wanted. She went on to become a primary force at [the Girls Educational and Mentoring Services] in New York, helping to change policy and facilitate the Alternative to Incarceration Program for girls exploited in that area. Over the years we have raised over $300,000 to fund housing, higher education, health and wellness necessities, and mentorship for sustainability and independence for over 50 young-adult survivors of homelessness.” https://steponward.org/

This year Hetrick-Martin Institute (HMI) proudly celebrates 40 years as the nation’s largest and very first LGBTQ Youth Services organization. In 1979, Dr. Emery Hetrick and Dr. Damien Martin learned of a homeless 15-year old boy who had been beaten and kicked out of his emergency shelter because he was gay. In response, they along with other concerned adults, created the Institute for the Protection of Lesbian and Gay Youth, which was renamed in 1988 in honor of Dr. Hetrick’s and Dr. Martin’s commitment to service of LGBTQ young people.

Since then, hundreds of thousands of youth have walked through HMI’s doors seeking a safe environment and the care and guidance that they otherwise may be lacking. Today, we serve over 2,000 LGBTQ young people, nurturing them with hot meals and showers, counseling and advocacy, and health education—only a few of the myriad services offered. Read more here https://hmi.org/ 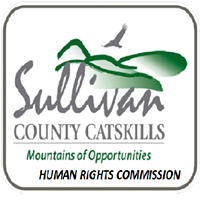 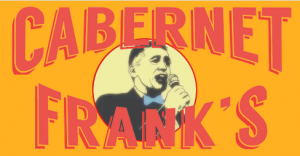 What was the Stonewall Uprising?

Three terrible days of riots in NYC that erupted when a group of brave LGBTQI people resisted a police raid at The Stonewall Inn resulting in the launch of the Gay Rights Movement.

What Is Gay Pride

A celebration of social equality and anti-discrimination for LGBTQI+ people and commomration of the birth of the Gay Liberation Movement.

Voguing is for everyone, regardless of your experience – it’s all about love, sharing and self expression. HMI will facilitate a unique 2 hour workshop that will introduce you to the elements of vogue, including spins, dips, floorwork, runway and more; followed by a performance piece by the Ballroom Knights. But I still don’t know what Voguing is you say here is an intro here. And just come darlings you will thank us !

Do I have to Dress Up or Wear A Costume?

No but if you want to explore we support that. Pride is all about being seen and heard. YOU DO YOU; and as long as that YOU is kind and accepting we are Proud of you too.

Partial Proceeds of this event gp to Step Onward. https://steponward.org/

Our Mission at Step Onward Foundation is to break the cycle of homelessness for young adult survivors of childhood homelessness and for families put at risk of homelessness through their children’s health crises. We accomplish this by providing education, housing, wellness resources, advocacy and mentorship through sustaining partnerships with individuals and organizations in the communities we serve.