Writer/ Actor Oliver King reads James Baldwin’s 1963 book The Fire Next Time.  The readings will be aired over six days in February in celebration of Black History Month. The event is Free.

Starting Wednesday, February 17, through February 27 , 11am.  This is a virtual reading and will available through March 6.

About The Fire Next Time 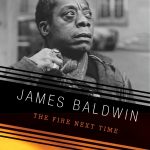 A national bestseller when it first appeared in 1963, The Fire Next Time galvanized the nation and gave a passionate voice to the emerging civil rights movement. At once a powerful evocation of James Baldwin’s early life in Harlem and a disturbing examination of the consequences of racial injustice, the book is an intensely personal and provocative document. It consists of two “letters,” written on the occasion of the centennial of the Emancipation Proclamation, that exhort Americans, both black and white, to attack the terrible legacy of racism. Described by The New York Times Book Review as “sermon, ultimatum, confession, deposition, testament, and chronicle…all presented in searing, brilliant prose,” The Fire Next Time stands as a classic of our literature. 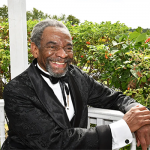 As a young man  I had the unique pleasure of working with GERALDINE FITZGERALD and MARKETA KIMBRELL, both of who insisted I study with LEE STRASBERG who  trained many of the movie stars of the 60’s . I did so and the man literally not only changed my life, but my entire outlook on the art of “being an actor.” Over the past few years I have portrayed “EBENEZER SCROOGE”, “KRIS KRINGLE” and several characters in “IT’S A WONDERFUL LIFE” all with the SULLIVAN COUNTY DRAMATIC WORKSHOP.

I performed in and choreographed several productions with the DELAWARE VALLEY OPERA and staged four years of my version of SHAKESPEARE IN THE PARK with At-Risk Youth and their families.  I was told I was the first to produce and direct Sullivan County’s first all African-American production by staging an “upgraded” version of A RAISIN IN THE SUN. Most recently I performed in NACL’s productions of “COURAGE” and “PEOPLE LIKE US”  which was presented in Sullivan County at  APPLE POND FARM and on NYC’s GOVERNOR’S ISLAND.

Concurrently I have been performing the orations of  both Frederick Douglas and Martin Luther King for various venues including educational institutions, libraries, museums and art centers all across Sullivan County NY. I am grateful to have my work covered consistently by Sullivan County news outlets and local publications.