RAISE HELL: The Life and Times of Molly Ivins tells the story of media firebrand Molly Ivins, six feet of Texas trouble who took on the Good Old Boy corruption wherever she found it. Her razor sharp wit left both sides of the aisle laughing, and craving ink in her columns. She knew the Bill of Rights was in peril, and said “Polarizing people is a good way to win an election and a good way to wreck a country.” Molly’s words have proved prescient. Now it’s up to us to raise hell. 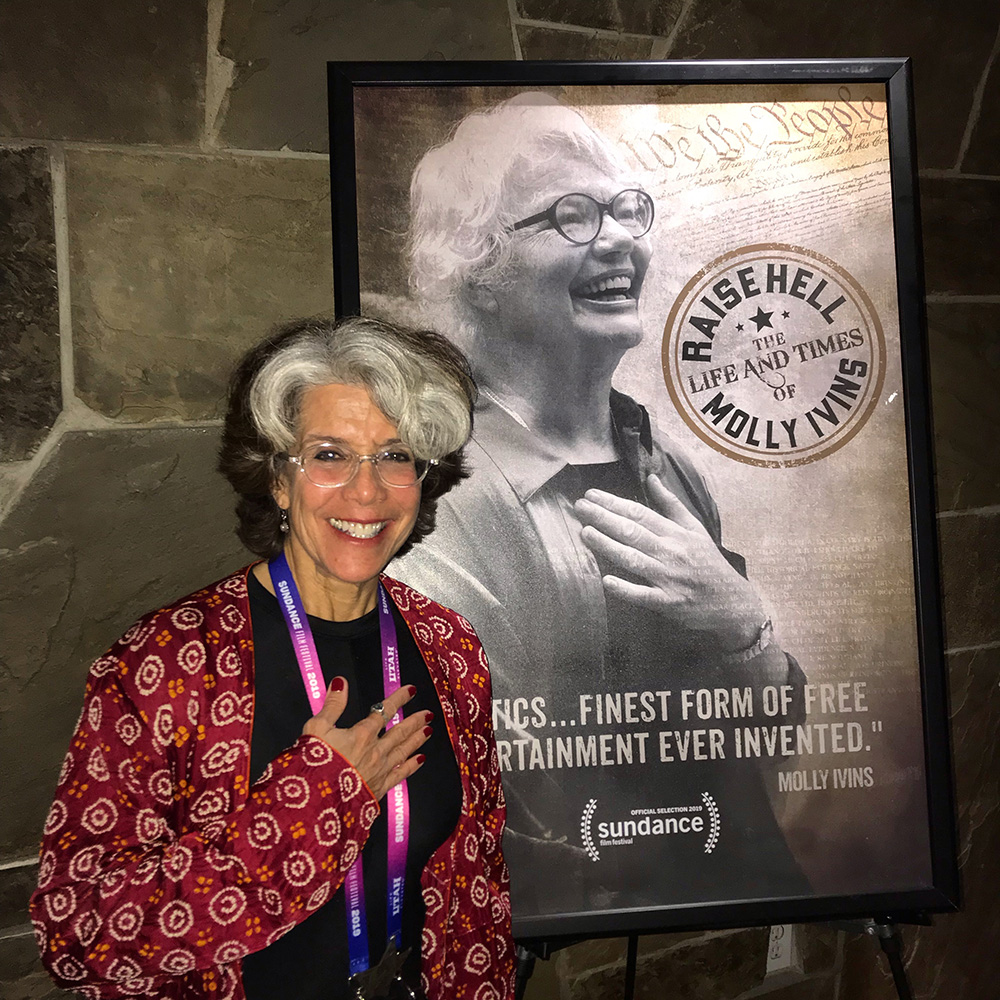 Raise Hell: The Life & Times of Molly Ivins’ Director-Producer, Janice Engel’s roots to Sullivan County run long and deep, literally —  she was conceived at the Nevele Hotel in Ellenville, NY when the hotel was at its most grand.

Flash forward: late 1980s, Janice unexpectedly awakened those roots at the Siddha Yoga Ashram in South Fallsburg where she made numerous films for the SYDA Foundation “So, it could not be more perfect for me to bring my 7 years in the making, labor of love documentary to all Y’all including my Siddha Yoga pals. Please join me on Saturday night, November 9 at 7pm. Let’s Raise Hell!”

2019 has been a banner year for Producer – Director, JANICE ENGEL. Her seven years in the making feature-length documentary, RAISE HELL: The Life & Times of Molly Ivins, had its world premiere at the Sundance Film Festival; won the Audience Award at SXSW, two awards at the Minneapolis-St Paul International Film Festival; was the closing night film at AFI-Silver Docs and has just been released nationwide thanks to Magnolia Pictures! Needless to say, Janice is blown away and humbled. Now onto the past endeavors…

Under her own banner, she created What We Carry, an ongoing multi-media documentary series dedicated to preserving Holocaust survivors’ stories. Premiered at The Simon Wiesenthal Museum of Tolerance in Los Angeles, What We Carry is housed in the permanent collection at Yad Vashem in Jerusalem and has been viewed by over 50,000 people. It has been used extensively throughout the Norfolk, Virginia school system and beyond. The intention is to expand this into a platform that can be used as an educational tool throughout the US and eventually for all survivors of genocide globally.

Janice is a professor at Academy of Art University, San Francisco, where she loves teaching documentary film and other aspects of filmmaking to students from all over the world. She is a member of the International Documentary Association and the Academy of Television Arts & Sciences. A longtime resident of Los Angeles, California, she enjoys her tenure as Vice-President of the Barnsdall Art Park Foundation and lives in Los Angeles with her wife and two dogs.