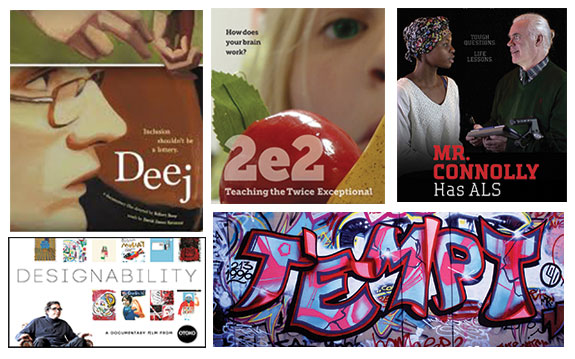 The Hurleyville Arts Centre in partnership with ReelAbilities Film Festival and  The Human Rights Commission of Sullivan County are pleased to host the 2nd Annual Taste Of ReelAbilities. November 1 & 2 :  Two Days, Three Screenings, each including 1 short and 1 feature film and a Panel Discussion and/or community Q&A. 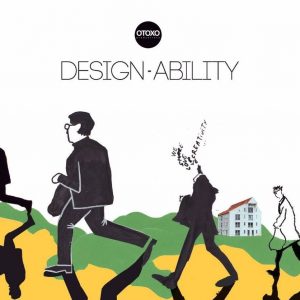 Design-Ability
Short documentry about the design studio La Casa de Carlota in Barcelona harnesses the unique skills of a creative team which includes members with Down syndrome and autism. 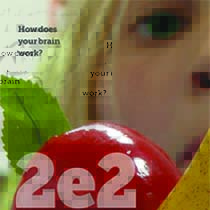 2E: Twice Exceptional
An honest, up-close look at what it’s like to be—or to be the parent or teacher of—a gifted young person coming to terms with a learning difference. 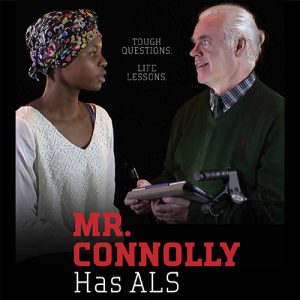 Mr. Connelly Has ALS
A beloved high school principal continues to lead, despite rapidly losing his abilities to ALS. 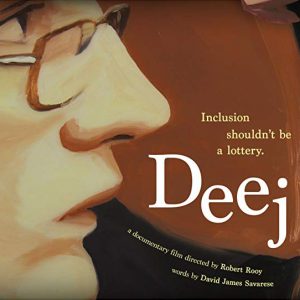 Deej
Abandoned by his birth parents, DJ Savarese finds a loving family which helps him learn to communicate. As he makes his way through high school and dreams of college, he advocates on behalf of non-speaking autistic people.

Design-Ability
Short documentry about the design studio La Casa de Carlota in Barcelona harnesses the unique skills of a creative team which includes members with Down syndrome and autism. 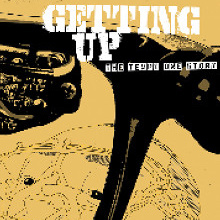 Getting Up: The Tempt One Story
After being diagnosed with Lou Gehrig’s disease and rendered almost completely paralyzed, a graffiti artist regains his voice through technology that reads the movement of his eyes and enables him to create art and write once again.

The Hurleyville Arts Centre and ReelAbilities Film Festival share a vision to raise the consciousness of the community about people with disabilities and our shared humanity, as well as to provide outstanding films and performances here in Sullivan County and beyond. The two-day event will feature four films that will fill  the screen with miraculous transformations, impossible accomplishments, hidden beauty, and rekindled loves.

The festival will open  Thursday November 1st with ReelEducation. Screenings and discussions that highlight films specifically for students, educators and families; a second screening the same day begins at 4:30. A Taste of ReelAbilities continues with feature screenings Friday November 2nd at 6:00.

Founded in 2007 by the Marlene Meyerson JCC Manhattan, ReelAbilities Film Festival: New York is the largest festival in the country dedicated to promoting awareness and appreciation of the lives, stories and artistic expressions of people with different abilities.

The Hurleyville Arts Centre and ReelAbilities strives for inclusion of all people. Individuals needing accommodations should contact the Hurleyville Arts Centre directly at least two weeks in advance of the event. ASL interpretation, assisted listening devices and information in braille are available upon advance request. All films are captioned and all venues are wheelchair accessible.

ReelAbilities Film Festival is the largest festival in the U.S. dedicated to promoting awareness and appreciation of the lives, stories, and artistic expressions of people with different abilities. Founded in New York City in 2007, the festival presents international and award-winning films by and about people with disabilities in multiple locations throughout each hosting city. Post-screening discussions and other engaging programs bring together the community to explore, discuss, embrace, and celebrate the diversity of our shared human experience. http://reelabilities.org/newyork/