SEX & CONSEQUENCES is a 40-minute comical but scientifically accurate show on biodiversity and the multiple ways animals reproduce and have “babies.” It will be followed by a 20-minute Q+A with the viewers.

The show is a first attempt to reach a live audience even under Covid-19. In spite of this challenging circumstance (or maybe thanks to it) Isabella, with the complicity of Paul Magid, will attempt to find a new way to re-create the theater experience. The very human wish to be together and laugh is the engine for this creative attempt. 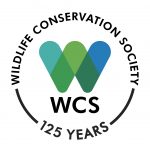 All access to the Webinar Performance and Q&A
One invitation to be a Complimentary Guest of WCS at the Bronx Zoo,or the New York Aquarium.

All access to the Webinar Performance and Q&A
2 invitations to be Complimentary Guests of WCS at the Bronx Zoo, Central Park Zoo, or the New York Aquarium.
One Individual HPAC Membership
A chance to submit your question options for Isabella to answer in the Webinar Q&A

All access to the Webinar Performance and Q&A
2 invitations to be Complimentary Guests of WCS at the Bronx Zoo, Central Park Zoo, or the New York Aquarium
A Family HPAC Membership and access to the live Q&A with Isabella after the performance
A  Chance to Submit your question for Isabella to answer in the Webinar Q&A

Isabella has a master’s degree on Animal Behavior and Conservation. She made award-winning series of shorts , Green Porno , Seduce Me and Mammas that offer comical and scientifically insightful studies of animal behaviors. She toured in 50 different cities with a monologue based on her shorts written with Academy Award winner Jean Claude Carriere. Recently she toured her new theatrical show, Link Link Circus that deals with animals’ behavior and cognition. Isabella Rossellini grew up in Paris and Rome and moved to New York City when she was 19 years old. She had a very successful modeling career appearing on numerous covers of magazines such as Vogue , Elle, Harper’s Bazaar and Vanity Fair. She also worked as an actress appearing in numerous films directed by extraordinary talents such as Robert Zemeckis, David O. Russell, David Lynch, Robert Wilson, Taylor Hackford, Marjane Satrapi, Guy Maddin. Most notable of her American features include Blue Velvet, Wild at Heart, White Nights , Cousins , Death Becomes Her , Fearless, Big Night and more recently in Joy. Rossellini’s interests embrace preservation of her family’s extraordinary cinematic heritage, including the films directed by her father, Roberto Rossellini and those featuring her mother, Ingrid Bergman.

Paul is the co-founder of the Flying Karamazov Brothers (FKB), the theatrical comedy musical juggling group who have been touring worldwide since 1973 and have appeared numerous times on Broadway, London’s West End, on T.V. and in film. FKB shows include; “Juggling and Cheap Theatrics”, “Juggle and Hyde” Shakespeare’s “The Comedy of Errors”, “4Play”, and “Club Sandwich”. TV appearances have included; “Ellen”, “The Tonight Show”, and “Seinfeld”. Film appearances include; “When I am King”, “The Jewel of the Nile” and the soon to be released, “Silent Retreat” (which is where he met Isabella Rossellini).

Paul has written many plays with productions featured in the some of the world’s finest theatres. His plays have included, “The Three Moscowteers”, Le Petomane”, “The Soldier’s Tale”, “L’Universe”, “Club Sandwich”, and “Life a Guide for the Perplexed”. He has won many awards including an Emmy and an Obie.

Paul is also the co-founder and current director of the New Old Time Chautauqua (NOTC). NOTC is a not-for-profit organization which, since 1981, has brought education, entertainment, and laughter to underserved communities in the Greater Northwest. For a month each summer NOTC works in collaboration with local leaders, prisons, Native American Reservations, small towns, and state governments to bring their 60+ troupe of performers, educators, and 25+ piece marching band to rural communities.

Production Engineer and Technical Director. Seiji has 5+ years of production experience in television, live event video engineering and directing. He has worked on 500+ in studio, satellite, live-streaming and remote productions for national and local broadcast. His background includes shoots and events for companies such as ​Amazon, NFL, AT&T, Verizon, Nascar, Procter & Gamble, ​etc.

Adira Amram is a multidisciplinary performer and producer based in NYC. She is a comedian, singer/songwriter, dancer, choreographer and writer. She has toured internationally as a performer for over a decade with her frequent collaborator, turntable virtuoso, Kid Koala and her award winning comedic dance music group Adira Amram & The Experience. They are currently working on a live action puppet feature film mockumentary about conjoined octopus DJs. As a producer she has worked with major brands and celebrities for over a decade in live broadcast media, commercials and photoshoots.