This talk is rescheduled for Spring 2022

Although not much has been recorded about any 19th century Sullivan County women who might have been involved in the suffrage battle, there were a number of local women who became very involved in the movement in the early 20th century, when virtually every community in the county from Bloomingburg to Roscoe had an active Women’s Suffrage Club. Here’s a look at the struggle on the local as well as the national level that led to women gaining the right to vote in New York State in 1917 and to the eventual ratification of the 19th Amendment on August 18, 1920.

*In an effort to maintain Covid-19 Safety Standards advanced tickets are required. Limited seating is available and masks required.  Members of a pod can sit together and will adjusted onsite.*

We require all people entering the building to wear a mask unless an individual’s condition meets the definition of a “disability” pursuant to the ADA in which case reasonable accommodations will be made.  Most events are also offered virtually. 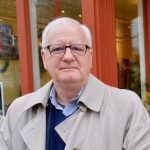