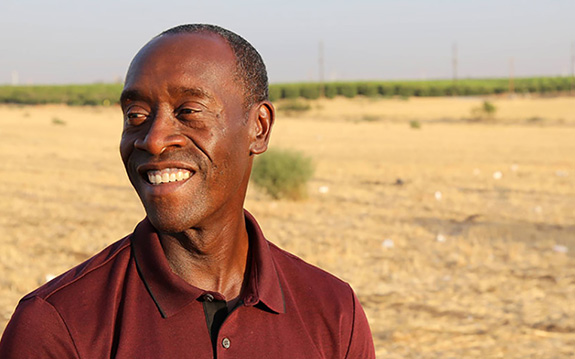 New York Times columnist Thomas Friedman investigates whether a changing climate could also be one of the drivers of Europe’s worst migration crisis since World War II. He travels to the remote corners of the African Sahel to see whether some of those migrants making the deadly trip across the Mediterranean are actually “climate refugees.”

Actor Don Cheadle is on the ground in California, where the worst drought in 1,200 years is devastating the nation’s most populous state and the world’s seventh-largest economy. He investigates how California Governor Jerry Brown’s administration is fighting the drought while also fighting climate change. Along the way, Cheadle meets a scientist who warns of a global water crisis, as well as a family of farmers whose lives may never be the same as they struggle to find water in the parched Central Valley.

November 05, 2020
Even though coal plants are shutting down across the country, coal remains a major source of energy in the U.S., and burning it emits toxic pollutants and climate-altering carbon dioxide. America F...

October 29, 2020
Miami could be underwater by the end of the century if nothing is done to curb emissions. Jack Black investigates if the city and other low-lying coastal areas can survive the rising seas. And Ian ...