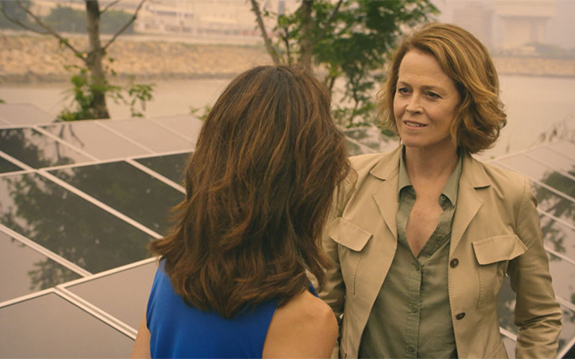 Even though coal plants are shutting down across the country, coal remains a major source of energy in the U.S., and burning it emits toxic pollutants and climate-altering carbon dioxide. America Ferrera journeys to Illinois, where a still-functioning coal plant is creating tension between those who want to shut it down and those — like the local mayor — who want to keep it open. She meets a group of activists fighting hard to close it in favor of an option that can provide clean energy and green jobs.

Sigourney Weaver explores China’s explosive economic growth and the impact it is having on the environment, not only locally but on a massive global scale. Traveling to Hong Kong, she sets out to see whether the world’s biggest polluter is fulfilling promises to reduce emissions — even as its populations and industry continue to grow. She sits down with the former U.S. ambassador to China, and other leading experts on U.S. and China relations.

October 29, 2020
Miami could be underwater by the end of the century if nothing is done to curb emissions. Jack Black investigates if the city and other low-lying coastal areas can survive the rising seas. And Ian ...